The pollination habits of bees, for example, affect somewhere between 50%-80% of the world's food supply. But are bees bugs? The question "are bees bugs," is actually a more common question than one might think, and for good reason. "Bug" is a word that is so often heard in everyday language. It can even come with a negative connotation, and has the tendency to leave people with a creepy-crawly feeling when thought about. As a colloquial word, it describes any time of small, crawling insect that is, more often than not, a nuisance. Some insects fall into this sense of the definition: ones that are aggressive, bite or sting; ones that build their colonies in inconvenient areas like too close to human-inhabited areas; or the ones that make their way into our food storage. However, insects are also an incredibly important part of our ecosystem.

Quick Navigation
What is a Bug?
The Differences
Not Every Insect Is A Bug
So Why The Overuse of the Word Bug?
The Environmental Importance of Bees
Are Bees Bugs?

What is a Bug?

Are bees bugs? What are bugs? True "bugs" are listed in the order called Hemiptera. Insects in this order are different from other insect orders, for example, Hymenoptera (ants and bees), Lepidoptera (butterflies and moths), or Diptera (flies and mosquitoes). True bugs include, but are not limited to, aphids, cicadas, stink bugs, and assassin bugs. Now it's true that all bugs are insects. However, not all insects are bugs. Bees are also insects, but they belong in an entirely different order called Hymenoptera. So scientifically, no- bees are not bugs. But why is this?

Under a microscope, the many differences between bugs and other insects become clear. It all comes down to structural differences in the body parts of these insects.

The key difference between true bugs and other insects lies in their mouthparts. The drinking part of the mouth is called a proboscis (said like 'pro-boss-kiss') and the mouthpart of bugs are specifically designed for piercing and sucking. Many bugs feed on plant fluids, and so, their mouths are structured to penetrate plant tissues. Some Hemipterans, like aphids, can badly damage or kill plants by feeding in this way. Their mouths are specialized to suck up fluid, and while most bugs drink from plants, there are some species, such as bed bugs, that prefer to drink from other animals. Bugs like this can be bothersome to humans, risking health issues or causing painful or itchy bites after being fed on. Qualities such as this are one is of the reasons humans have come to think of bugs as bothersome. 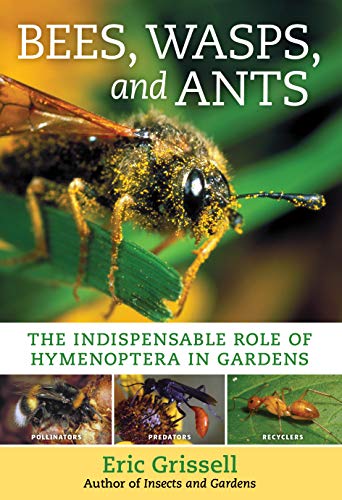 The proboscis of true bugs are long in shape, straw-like in appearance, and are not retractable. Bees, on the other hand, have proboscises that retract by rolling up. This allows insects outside the Hemiptera order to move their food from the source up into their mouths- a quality not had by true bugs.

Another notable difference between true bugs and other insects, is the design of their wings. The wings on Hemipterans are characterized by folding over on top of one another when at rest. Some members lack hind wings all together. Looking at a picture of a bee when it's not in flight, you can see that the wings do not cross. When at rest, the wings fold flat against the sides of the body, and don't overlap in the way that true bugs wings do.

Not Every Insect Is A Bug

While every insect is not a bug, all bugs are insects. The reason insects are so often confused with bugs is due mostly to the system we use for classification. Insect is the class all the qualifying species discussed in this article fall into. From there, the insects are further divided up into different orders, families, genuses, and species. The closer you get down the line of classification, the more related the species found there are. For example, bees, ants, and wasps are often grouped together because they are categorized under the same Kingdom, Phylum, Class, Order, and Suborder.

So Why The Overuse of the Word Bug?

In layman's terms, it's just simpler. By the official definition, only a small group of insects are true bugs, but common use of the word has resulted in both groups being lumped together under the same label. Many scientific experts and train entomologists will use the term "bug" to refer to any range of small creatures, especially if they are speaking with the general public or a group that might not know the difference. The word has become a colloquial one; when used in normal conversation, everyone understands what the speaker is saying. 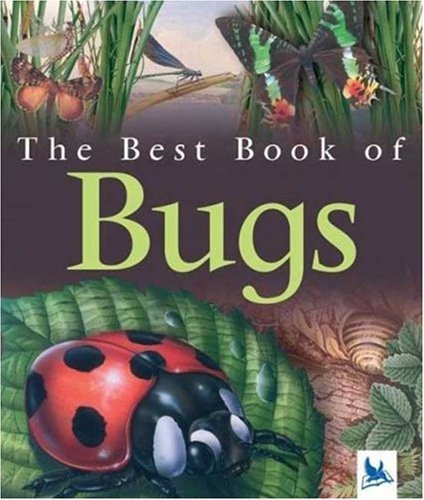 In scientific settings, however, the word bug means something entirely different. When scientists use the word in this context, they are referring to a very specific group of insects with very specific characteristics. If you are interested in bees, or insects as a whole, it is important for your to understand what separates these groups. It will give you a better understanding of how the species are set apart and what makes them unique from one another.

But the overuse of the word bug has had somewhat of a negative effect on the way people view insects. It can be clear in the terms often used to describe something annoying: the idea of bugging someone by pestering them, for example. It paints the picture of insects being nothing but a nuisance. When they get too close to houses, homeowners call an exterminator to eradicate the problem. But the problem with that concept is that insects, and bees especially, are so important to the surrounding environment we cannot get along without them.

The Environmental Importance of Bees

Bees can be an intimidating animal, and can often strike fear in the hearts of people who do not understand them. They swarm in large numbers and their stings can be painful. There is even the risk of life-threatening allergic reactions if someone is not being careful when handling them. When their nests come too close to where humans live, they are often killed and their nests destroyed. But bees are nothing to be afraid of. These insects are often very misunderstood and their importance to the world we call home overlooked.

Bees are responsible for the majority of the world's plant pollination. The impact they make directly supports crop and fruit farming industries. However, colony numbers are dwindling with every passing year and scientist aren't exactly sure why. What they are certain of is the devastating effect losing the bee populations will have on the delicate balance of the ecosystem. Pollination will decrease, directly influencing farming.

The term bug, commonly used to describe an insect, is misused and misunderstood. While there are millions of insects species, only a handful of them are truly considered bugs. The rest belong to a large collection of other orders that separate them based on the structure of their bodies.

When trying to identify whether an insect falls into the bug category, you need to look at how it's structured. Wings of bugs will overlap when at rest, crisscrossing over their backs. The stink bug is a good example of this because it has an almost diamond shape on its back where the wings lay on top of one another, creating a slightly darker spot in its coloring. When looking at bee species, it is easy to see that their wings lay flat on their either side, unlike bugs. Looking at the structure of an insect's mouth under a microscope will also tell you if it's a bug. Mouths of bugs won't retract or roll, they will be straight and resemble a drinking straw.

However, the word bug is so engrained in our everyday language you can pretty much describe anything as one and people will understand what you're taking about. When someone out in the word says 'bug' they're usually referring to a small crawling or flying insect, and in that sense of the definition, bees are bugs.

But for scientists, referring to a bee as a bug can be problematic. Not only is it placing them in the incorrect group, the overuse of the word as a descriptor of something annoying paints them in a different light. While they do sting and can cause pain, the ecosystem so depends on them for pollination we could not function without them.

So the next time you're outside having a picnic and a bee lands near you, stop at think. Are bees bugs?

That little creature is so important to creating so many of the things that made your picnic even possible. All of the food you're eating and the surrounding plants would not be there if not for the bees. So don't think of it as 'just another annoying bug' and kill it or shoo it away. Let it be, the entire balance of the ecosystem will thank you.

The Snail and the Whale
Buy on Amazon

Hugs and Kisses for the Grouchy Ladybug
Buy on Amazon