Many people were panicked when they heard that bees had been added to the Endangered Species List, thinking perhaps that referred to the entire species. In actuality, of the thousands of different species of bee, only eight were added - a small fraction of the overall bee population. This article looks at what bees are endangered, why this is, and draws some conclusions about what this might mean for the planet overall.

Quick Navigation
How Many Species Of Bees Are There?
What Bees Are Endangered?
Why Are Bees Becoming Endangered?
Habitat Destruction
Climate Change
Colony Collapse Disorder
Pesticides
The Honey Industry
Conclusion

Are these endangered species indicative of larger population trends on the whole, or are they an anomaly? Is there anything that can be done to save them, or are these species doomed to extinction? Read on to learn more.

How Many Species Of Bees Are There?

There are over 20,000 separate species of bee in the world today. There is also amazing diversity within the bee population in terms of markings and coloration, preferred habitat, and behavior. They also have different biological needs, require different types of nutrition, and can survive in different climates.

There is also a distinction that should be made between honeybees and non-honey producing bees. Of the thousands of species of bees, only seven are recognized honey producers. The most common of these is the Western honey bee, which can be found on every continent in the world save Antarctica.

While only some bees make honey, all bees contribute to the pollination process. Pollination is how an enormous amount of the world’s plants reproduce, and without the bees’ contribution, many of these plant species would disappear. They produce billions of dollars annually in terms of agricultural value and provide untold value to the environment. Over 90% of the ecosystems in the world benefit either directly or indirectly from the impact of bees and their pollination practices. 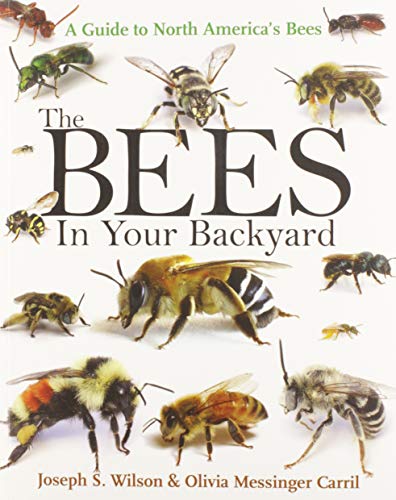 What Bees Are Endangered?

Currently, there are eight species of bee that are on the United States Fish and Wildlife Service's official Endangered Species List. Seven of these bees are within the same subspecies of Hawaiian yellow-faced bees. More specifically, they are:

As their name implies, the Hawaiian yellow faced-bees are native to the Hawaiian Islands, however, within the island, these seven species all have very different habitats and needs. Some tend to seek out wetter coastal regions while others prefer drier and more mountainous areas. Some of the bees live deep within the forest while others require open fields.

What all of the Hawaiian yellow-faced bees have in common is that they are exclusively found in this one area of the world. The isolated nature of the islands, combined with their hyper-specific diets and climate requirements, make it impossible for them to survive anywhere else.

The Hawaiian yellow-faced bees were added to the Endangered Species list in October 2016, meaning that federal resources will now be directed toward protecting them. Largely this will include preserving some of their native habitats, which currently face a variety of different threats. It does not, however, guarantee that these populations will be able to rebound.

Why Are Bees Becoming Endangered?

"What bees are endangered" is a common question, but why are bees dying to begin with? There is a variety of reasons that the overall decline in bee populations has been attributed to. However, scientists have not been able to reach any kind of formal consensus on the cause. Most likely the decline in bee numbers is due to a combination of several factors which may include habitat destruction, climate change, colony collapse disorder, and potentially even the honey industry itself.

Industrial development can have a devastating effect on bee’s habitats and migratory patterns. Individual bee species tend to require a diverse selection of different plants to meet their nutritional needs and losing even one of them can permanently push bees out of an area.

This is one of the major issues behind the Hawaiian yellow-faced bees’ disappearance. Hawaii is a small geographic area with an exceptionally lucrative real estate market and a high demand for new construction, so undeveloped areas are becoming increasingly rare.

They also have a unique ecosystem that features many plants that cannot be found anywhere else on the globe. Non-native plants have been choking out many of the indigenous species, further limiting the bees’ resources. If they lose access to this rare flora, then they cannot get all the food needed for them to survive. 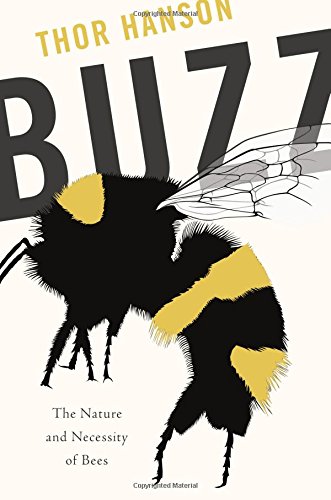 Another reason that many of the bees’ habitats are disappearing is climate change. Bees can be sensitive to temperature and cannot survive in areas where it is too hot or too cold. Many places that used to be ideal for some species now are uninhabitable, particularly at the times of year that bees would need them most.

Climate change also affects agricultural growing patterns, which can alter bees’ food sources. As with habitat destruction due to industrial development if bees lose even part of their food supply, then they may not be able to survive in the area.

One of the more mysterious and troubling problems facing bees is a phenomenon called Colony Collapse Disorder. This is a condition that causes the rapid, unexplained disappearance of a hive’s worker class, resulting in the complete collapse of the hive overall. Starting in 2006 many apiaries started reporting that they were losing inordinate amounts of bees, with some farms reporting up to 90% of their hives were not returning.

Varroa mites are one of the potential causes for CCD that have been hypothesized, as these mites feed on the larvae of the hive causing a downturn in new growth. These mites can also often carry diseases that can be spread throughout the hive, causing existing bees to lose functionality, and possibly die.

Another parasite, the phorid fly, may also have a similarly detrimental effect on bee populations. Electromagnetic radiation, antibiotics, viruses, and fungi have all been considered as potential causes of CCD as well. However, there is no definitive cause that the scientific community can agree upon.

One potential cause of CCD is the use of certain types of pesticides. Even without considering instances of CCD, pesticides, fungicides, and miticides have all been responsible for negatively affecting bee populations across the world.

One of the worst class of pesticides for bees is neonicotinoids. Neonicotinoids can seep into a plant’s pollen so that as bees go about their normal duties, they absorb the poison through their exoskeleton. Effects of neonicotinoids can include loss of homing abilities, loss of flying ability, nerve damage, and potentially even death.

The answer to the question "what bees are endangered" could be easily answered by anyone that works in the commercial honey industry. Although the honey industry is one of the biggest supporters of bees in the world, however, some of their practices may also inadvertently been damaging the health of the species.

This is due to factors such as the industry’s reliance on one species of bee, Apis mellifera, to the potential detriment of the biodiversity of the species as a whole. The reliance on a monoculture can have dangerous consequences. The lack of diversity within a species can make it vulnerable to attacks from environmental factors and might increase the severity of their impact when they do happen.

While it may be hard to fault the honey industry for favoring honey super-producers like Apis mellifera over the less popular and profitable breeds of bees, these breeds are still required for pollinating a great many of the world’s wild plants. Overproduction of honeybees can lead to over-proliferation of certain species while others are ignored or die off.

As detrimental as some of their practices are, the honey industry has done enormous amounts of good for the welfare of bees overall. There are quite a few pro-bee charities and non-profit organizations designed to help all the world’s bees, and many of these are funded in part by the honey industry.

The US and other governments have taken some steps to help save the bees. Conservation efforts to help the Hawaiian yellow-faced bees and the rusty-patched bumble bee are underway. Federal funds are being spent to study the insects, and certain protections have been placed upon their habitats. Even with these efforts, however, it still may not be enough to save these species.

Climate change is a massive issue that cannot be instantaneously reversed. The same could also be said of industrial development and pesticide usage. While certain restrictions have been placed on the worst types of pesticides currently in use, farmers can just move to different chemicals that can be little better.

Individual action is needed. We all benefit from the work that bees do, so it only makes sense to give back, if only a little. You can donate your time or money to bee-related charities, or you can simply build a bee-friendly garden in your yard or window box. Also, try to buy only local honey from brands that source it ethically and give back to the bee population as a whole.

If we do not take action soon, the consequences may be dire. Given all the threats they face, when you ask, “What bees are endangered,” the answer could well be “all of them.”

Beekeeping: The Ultimate Beginner's Guide on...
Buy on Amazon

Beekeeping: The Beekeepers Handbook for Learning...
Buy on Amazon