It doesn't take but one painful experience with a stinging bee to make you run from them the rest of your life. As children, we want to be outside. We want to run, play and explore. We pay little attention to the weather, location or dangers that lurk around the corner or, the flower bed next-door. Anyone who's had a close encounter with a bee or suffered a painful sting will fearfully run from them whenever they buzz around-and teach everyone around them to do the same. But are bees dangerous-something to fear? Exactly which bees bite?

Quick Navigation
How To Tell The Difference Between Bees
A Closer Look At Bees And Their Colonies
What Is A Stingless Bee?
As Pollinators
Characteristics Of The Stingless Bee Nest
Which Species Sting And Why
The Drone And The Queen Honeybee
Do Bees Bite?
The Bumble Bee
When The Bumble Bee Stings
Beware The Invisible Nest
If You're Stung By A Bee

Let's inspect the various bees and learn how we can best understand and discern the differences between those that sting and those that don't. The bee is one of the most important creatures on Earth having the ability to pollinate crops, produce honey, pollen, and wax. It's time to learn everything we can about the magnificent bee because life as we know it would not be the same without them.

How To Tell The Difference Between Bees

To date, there are approximately 25,000 different species of bees around the world, with about 4,000 of those species found in the United States. Some species of bees live in large colonies, and others live a solitary lifestyle. Depending on which species you're studying, the bee's hive is not the same structure as the bee's nest. If you try to identify which bees bite, it's a good idea to identify the dwelling they're living in. Characteristics of a beehive versus a bee's nest include:

A Closer Look At Bees And Their Colonies

Now you know different species of bees behave differently from one another. You notice certain characteristics of their nests. The bumble bee, for example, is a social creature and constructs their nests to appear similar to the honey bee nest. However, their nests appear smaller due to the size of the bumble bee colony which averages 50 to 400. The average honey bee colony hosts from 50,000 to 60,000-a sizable difference which comes in handy for identifying the inhabitants in the nest near you. Bees who belong to other families: 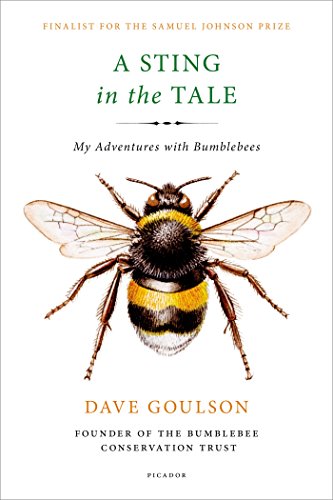 What Is A Stingless Bee?

The term "eusocial" describes the stingless bee. It refers to a species of insect (along with some animals) that show an advanced level of social organization where one individual female produces the offspring. The "caste" is also responsible for the non-reproductive members whose function is to care for the young after birth. Stingless bees belong to the Apidae family, along with the carpenter, honey, and bumble bees. Educate yourself about their appearance and nesting patterns as the role they play in pollination is critical for the planet.

Stingless bees are critically important pollinators of flowers and crops. Studies show they travel around and pollinate up to 90 species of crops while pollinating 6 different species including:

Stingless bees, along with bumble bees have also contributed to commercial pollination due to their ability buzz pollinate (a technique used by species of bees to release the pollen which attaches firmly and held by the anthers).

Characteristics Of The Stingless Bee Nest

It is just as important to know how to identify the nest of a stingless bee as it is to know which bees bite as they are both a vital part of our ECO-system. The stingless bee builds nests inside trees and holes in walls. The worker bees build them with wax, resin, and mud. Use no toxic chemicals or unnecessary machinery near their nests if you can avoid it.

Which Species Sting And Why

Honey bees rarely attack or sting unless they suffer injury or fear for the safety of the hive. When they are out foraging pollen or nectar, they release no attack pheromones. It is a common misconception that the worker honey bee stings only once. It can "bite" more than once unless its stinger lodges in its victim's skin and tears away from the bee's abdomen causing death. The deciding factor is the thickness of the victim's skin-it must be thick enough for the bee's barb to stick. Honey bees are the only species with a heavily barbed stinger. Bees adorned with barbed stingers can sting other types of insects without injuring themselves. Many species of bees including the bumble bee, solitary and queen honeybee have smoother stingers with smaller barbs giving them the ability to sting mammals.

The Drone And The Queen Honeybee

The male or drone bee is larger than the female and do not have stingers. The female bees are the queens and worker bees in the colony. Stinging rights belong only to them, and the stinger is an ovipositor (a tube-shaped organ by which the female insect deposits eggs). The smoother stinger belonging to the queen bee has barbs and may sting skin-covered creatures more than once. Under normal living conditions, the queen only uses her stinger when fighting rival queens before they exit from their cells.

Interesting fact: Beekeepers who breed queens experience bee stings due to the residual odor remaining on their skin from handling queen bees.

No. Fortunately, this is not true. Only those bees who live within a colony or inside a hive can sting. And even then, most bees will not sting unless threatened or provoked to attack. The females of both solitary and social species possess stingers they can use when called for. However, male bees have no stingers at all.

Bumble bees build their nests in the ground.  Their hives are smaller than honey bees. They are valuable pollen collectors, but unlike the honey bee, they do not produce honey.  When the hive incurs threats, the worker bees and queen bee in a bumble bee colony can sting.  They are the protectors of the nest and actively defend it.  A bumble bee colony revolves around the queen bee who may also sting.  The sterile females are the worker bees who also protect the hive with their stingers.  Their ovipositor is a functional stinger, not used for egg laying.  For the queen bee, her main concern is defending the hive against rival queens.

When The Bumble Bee Stings

The stinger on the bumblebee contains no barbs, unlike the honey bee. It is a smooth, pointed weapon which means it can sting more than once. The significance of this means a bumble bee could easily cause more pain than the honey bee because of its ability to sting multiple times. Even if the stinger should break off, it doesn't mean the bumblebee will die. Bumblebees are not as protective as honey bees. They must be in danger before an attack. In a defensive situation, the bumblebee attacks to protect the hive and the pollen stored inside. In the event you notice a bumble bee buzzing around you, it might be because it wants something sugary. Always cover sweet foods and substances to prevent bees from locating them. Try to move away from the bee without killing it.

Many people do not realize that some bees build their nests in the ground. It is possible to come upon a hive with no warning. If you think you could be in an area like this, there are specific signs you can look for: 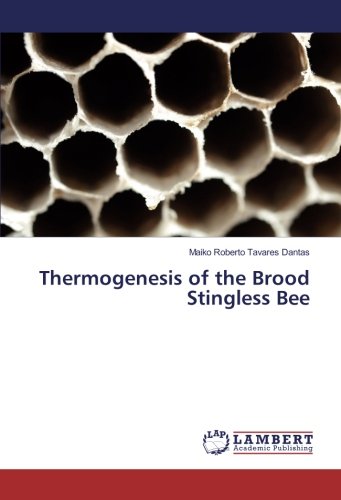 If You're Stung By A Bee

A bee sting hurts and depending on the bee, could be dangerous. If a stinger ends up in the head or neck, or when a person has an allergic reaction to the venom, they should seek medical attention as soon as possible. The bumblebee does not leave behind their venom sac when they've used their stinger, so the amount of venom injected into the recipient's skin may be less than if stung by a honey bee. If you have or suspect a bee nest nearby or somewhere in your yard, there are suggestions:

Awareness, concern, and education will help us get along with bees. We know the beloved bee doesn't go out looking to bite or hurt people-they're just trying to do their jobs and survive like the rest of us. If you live in an area with over one species of bees, try identifying the ones that help the planet so you can inform others in your area. The next time you hear someone ask the question, "which bees bite," remind them that the bee is our friend-tell everyone you know!

Beginning Beekeeping: Everything You Need to Make...
Buy on Amazon