There has been a lot of very scary news about bees recently. Their population numbers are down across almost all species of bee, with some species even being added to the endangered list. Their habitats are being destroyed, they face attacks from pesticides, competing insects and disease, and they are being forced to adapt to the effects of climate change. This has led to wild speculation on all sides, including from many who wonder: will bees go extinct?

This article looks at what is happening to the bees, the possibilities that bees could actually go extinct and what that would mean to humans if that were to happen. The entire bee species is at a crossroads right now and we as humans have to make choices about what we will do about it. Should we help save the bees or let them continue down the path to extinction?

What is Happening to the Bees?

First, if we want to know the answer to the question "will bees go extinct", we need to examine the current state of the world’s bee population. Starting in 2006, for reasons we do not understand, the overall number of bees worldwide has been shrinking. Unfortunately, it is difficult to estimate the world bee population for a variety of reasons.

There are over 20,000 different species of bee located across the globe and tracking the total numbers of all combined bees would require a massive, multi-national effort that came at great expense to all involved. Furthermore, only about 30% of the world’s bee species use a stable hive structure. The other 70% of species are far more mobile, making their numbers difficult to estimate even with advanced tracking procedures.

That said, there have been some very disturbing numbers that have been found for several specific species and regions. In the United States, for example, the bee population is thought to have dropped 30% in the last five years alone. In Iowa, historically one of the nation’s largest honey producing states, there has been a 70% drop in bee populations.

The rusty patched bumblebee has seen a staggering 90% drop in their overall population, leading to their addition to the US Fish and Wildlife Service’s Endangered Species List. The rusty patched bumblebee used to be common throughout the Midwest and Northeast, however many of their natural habitats have been destroyed, leaving them fewer natural food sources and far less inhabitable territory.

This is an issue across the United States and beyond, with bee habitats disappearing at an astonishing rate. The issue tends to be that every bee species requires a unique selection of flowers and plants to get all the different nutrients they require. If they lose access to even a single species of flower needed for their survival, then they can no longer survive in that area, and it forces the bees to migrate elsewhere or die off.

This is one of the main factors that has led to a decrease in the Hawaiian yellow-faced bee’s numbers to the point that they too have been added to the Endangered Species List. Seven different species of native Hawaiian yellow-faced bees are now facing extinction because the native plants they live off of are being destroyed by industrial development or pushed out by invasive species. Including the rusty patched bumblebee, there are now eight total bees on the Endangered Species list when as recently as 2012 there were none.

Another reason that bees have been dying off is the widespread use of pesticides. Farmers use pesticides to keep destructive bugs away from their crops. However, the toxic chemicals can also impact the wellness of the harmless insects and other animals that come in contact with their spray.

A particular class of pesticides called neonicotinoids have been shown to have a particularly detrimental impact on bee populations. When the bees fly through neonicotinoid-treated areas, the poisons are absorbed both through their exoskeletons and through the pollen they come in contact with.

The effects of these pesticides can be deadly in some bees. However, they can also cripple the population in many other ways as well. Bees can lose their sense of direction and not be able to find their way back to the hive, they can stop cleaning their hives and become susceptible to disease, and they can lose their queen and not be able to replace her. Losing a queen ends a hive’s ability to reproduce, meaning it will soon collapse from lack of replacement. 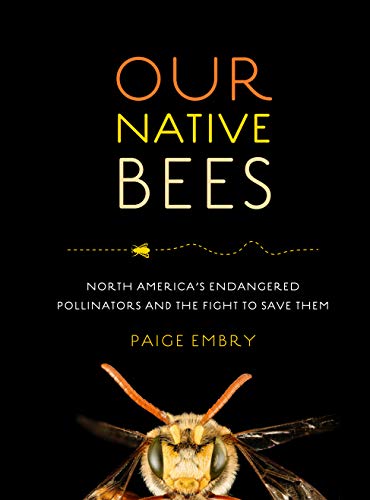 Just as losing a queen can devastate a hive, so too can losing all of its workers. This happens during instances of a phenomenon called Colony Collapse Disorder (CCD). CCD used to be a rare phenomenon, however since 2006 it has been happening with increasing frequency.

For reasons we still do not understand, a hive’s worker bees all die or disappear within a short time. The queen is left, along with the immature bees and their caretakers, however without the hive’s worker population they all will die off, eventually.

"Will bees go extinct" is a very good question to ask. The honey industry ironically is one of the potential causes of the declines in bee population. However, it may also be one reason that total extinction is unlikely. Honey manufacturers have contributed to a decrease in bee biodiversity as they encourage populations of honey super-producers to the potential detriment of the bee population as a whole.

That said, the honey industry is also one of the groups that is most invested in the overall wellness of the bee population, and they've made enormous contributions to the research and conservation efforts. The huge amount of private honey farms makes it unlikely that bees could ever completely go extinct. However, this is not a guarantee.

Incidents of CCD have more than doubled since 2006 and show no signs of decreasing. Laws are being put in place to curb neonicotinoid usage, however, even if they are banned the agricultural industry will more than likely just move on to other brands of pesticide. Pesticide usage remains an issue that needs to be addressed for the bees’ health, if not for the health of humans at large.

While honeybees may face little risk of extinction, the greater danger is to the thousands of other species of bees that are not as well protected, yet still play a critical role in our ecosystem. There is a very real chance that many of these species could die off, starting with the eight species that have already been listed as endangered.

Many scientists see little hope for the Hawaiian yellow-faced bees given the specificity of their diet and the minuscule size of their potential habitat, and the rusty patched bumblebee’s odds are little better. Over 90% of bee species have seen declines in their overall population numbers, and we have yet to see any information that would lead us to believe that this trend will change any time soon. 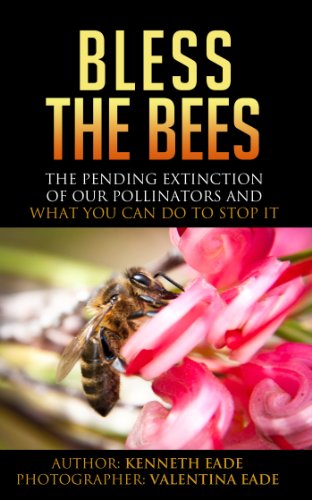 What Will Happen if the Bees Go Extinct?

The real issue with losing bees is that with them we also lose the agricultural and environmental benefits they provide. Bees are responsible for spreading the reproductive materials of about 30% of the earth’s plants. However, up to 90% of the ecosystems on earth are benefited by the roles that bees play in them.

We truly cannot even imagine what would happen to the world’s food supplies if we lost out on the benefits that bees provide. However, the impact would forever alter our food cultivating and distributing practices and potentially destabilize the global economy. The diversity and the quantity of foodstuffs available to us would shrink immeasurably, and with shrinking food supplies naturally comes shrinking population numbers. It is not the place of this article to speculate what form this population shrinkage would take or how the governments of the world would react to it, but, mass starvation is a scenario that no human wants to confront.

As bleak a picture as this article may paint regarding the future, there are still some things that you can do to help fight against bee depopulation. When purchasing honey or other bee byproducts, make sure you are buying local, ethically sourced brands. Try to avoid massive industrial honey farms and focus instead on patronizing those producers that contribute to the health of indigenous bee populations.

You can also donate your time, money, and resources, to pro-bee causes. There are hundreds of organizations that are working to promote bee wellness at local, state, and government levels, and they always need more volunteers. Sign some online petitions to end neonicotinoid use or start one of your own, and take it to you regional representatives.

On a personal level, you can always start your own bee-friendly garden, bee hotel, or apiary. Remember to focus on local plants that are used by many types of bees, not just the honey producers. Every little step counts and the more people that help fight for the bees, the better their chances of survival are. So, will bees go extinct? Not if we can help it, they won't.

Beginning Beekeeping: Everything You Need to Make...
Buy on Amazon